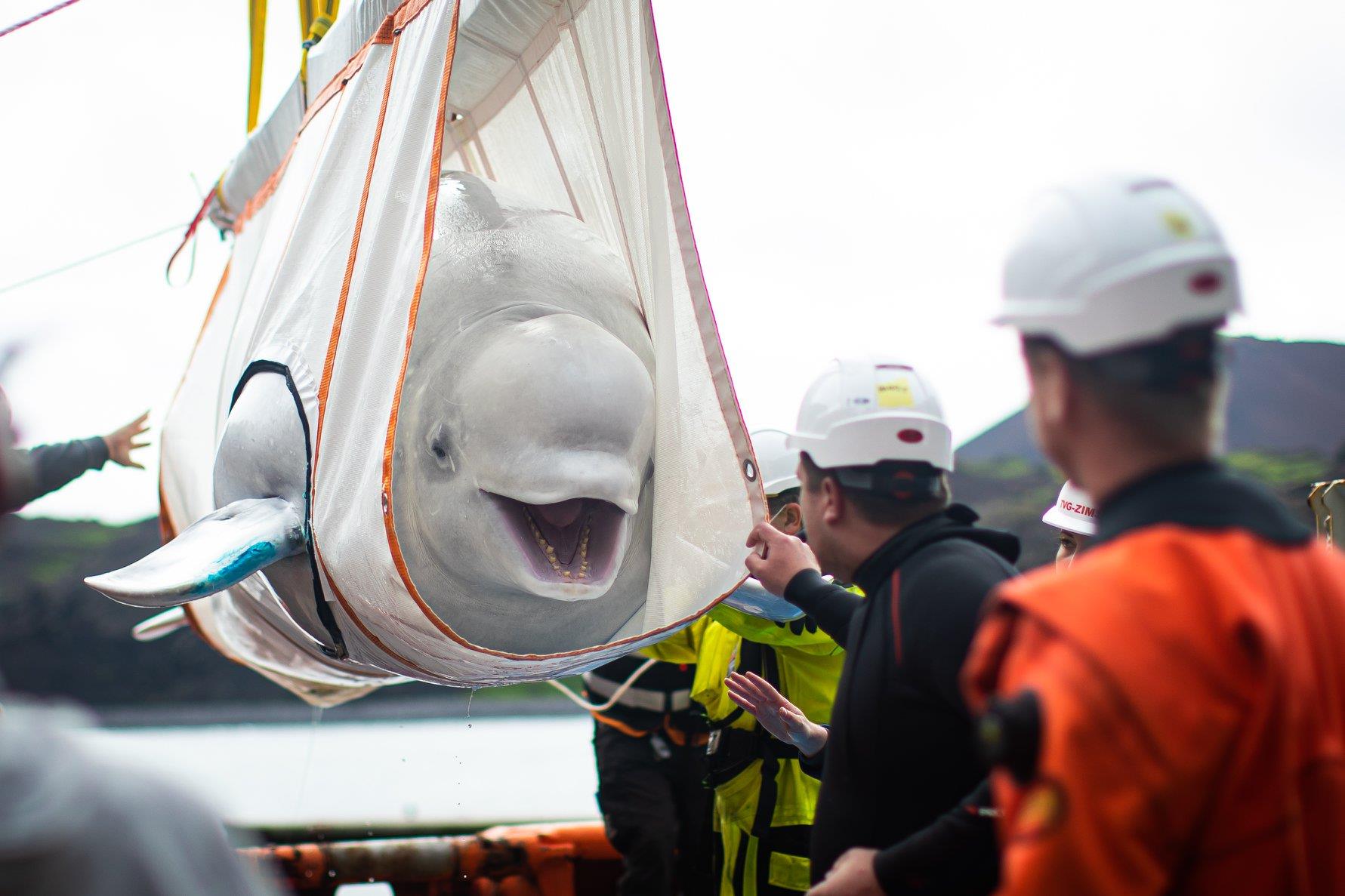 Beluga whales, Little White and Little Gray, gained international attention when they were rescued in 2019 from a water park in Shanghai. The whales then flew 9,600 kilometers to their new home in Iceland, where they last year became the first guests to the world’s first open-sea sanctuary for beluga whales. The Perfect World Foundation works together with the haircare brand Maria Nila to support the whales and to give them a second chance. Until today, World Whale Day, over half a million SEK has been raised in favour of the belugas.

Around the world, more than 300 beluga whales are kept in small shallow pools in so-called “water parks” and aquariums, where they perform and entertain visiting tourists. The two beluga whales Little White and Little Gray were rescued in 2019 from a water park in Shanghai to travel 9,600 kilometers by plane to their new home on the south coast of Iceland.

– Whales rescued from tourist parks have no chance of surviving in the wild. They are trained to eat dead fish and no longer know how to hunt for their own food, says The Perfect World Foundation’s CEO, Ragnhild Jacobsson.

Last year, Little White and Little Gray became the first guests to move into the world’s first open-sea sanctuary for beluga whales. The event was covered internationally through the media, and the two whales today live in a sea reserve of 32,000 square meters. The rescue center is run by the organization Sea Life Trust, and the ambition is to rescue even more beluga whales from captivity and give them a second chance at the sea reserve.

The Swedish organization The Perfect World Foundation works to help animals in crisis and, together with the haircare brand Maria Nila, has raised funds to support the beluga whales and the rescue center. Today, during World Whale Day, The Perfect World Foundation and Maria Nila can hand over a check for half a million SEK to Sea Life Trust in Iceland.

– Sea Life Trust gives rescued belugas a new chance in life, but they are dependent on financial support. The whales will have a happier life out on the large open sea sanctuary, and we are proud to have had the chance to support our new friends, Little White and Little Gray. Everyone deserves a second chance, concludes Ragnhild Jacobsson.