Save the Beluga – The Perfect World Foundation

A second chance at a life in the (almost) wild

Little White and Little Gray have traveled over 6,000 miles by air, over land and over sea, from their former home in China to reach their new home on the south coast of Iceland. Beluga Whale Sanctuary is the world’s first open water sanctuary for Beluga whales, and the rescue centre’s first two guests are Little Gray and Little White. The whales were rescued from an aquarium in Shanghai in 2019, and September, 2020 they where released to swim free for the first time in their new “outdoor pool” of 32,000 square metres (344,445ft²) of open sea.

Worldwide more than 300 Beluga whales are kept captured in shallow, small pools in so-called “marine parks” and aquariums, where they perform for visiting tourists. These wonderful, social and intelligent white whales are easy to train and are therefore highly sought after attractions for these amusement parks. Whales that are rescued or taken into care when tourist parks close down have no chance of surviving in the wild. They are trained to eat dead fish and no longer have the instinct to hunt for food. In the wild, beluga whales live in pods, sometimes in groups of over 100 individuals. A life as a lonely whale, released from captivity, is not a sustainable solution.

Beluga Whale Sanctuary in Iceland gives rescued beluga whales a new chance in life. Here they get a happy life in the (almost) wild, out in the large open water sanctuary. The Perfect World Foundation is supporting our new friends Little White and Little Gray and this unique project… everyone deserves a second chance!

Your donation will support
The Perfect World Foundation’s work. 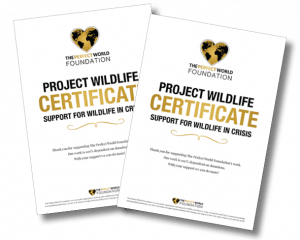 Every year, The Perfect World Foundation focuses a little extra on a special animal. Previous years focus has been on elephants, rhinos, and polar bears, among others. Now the turn has come to the beluga whale. Which fits extra well as we this year also are focusing on our oceans and our campaigns for plastic-free seas and coast lines. Every year, over one million marine animals die due to plastic debris in the ocean.

Join us in helping Beluga Whales

The Perfect World Foundation’s campaign “Save the Beluga” in collaboration with Maria Nila, is supporting the unique ocean reserve project for Beluga whales on Iceland. You can also help support the campaign. Use the form to donate a gift to our continued work… and we’ll fight together to give beluga whales in captivity whales a second chance! 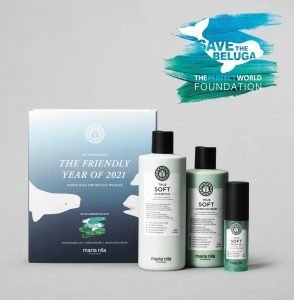