Save the Ocean – The Perfect World Foundation

Every breath we take depends on healthy oceans

Oceans cover 70 percent of our blue planet, and marine plants produces around 50 percent of the oxygen that we all breathe. But our oceans have become dumping grounds for plastic, industrial waste and other things that don’t belong there, and negatively affecting the marine ecosystems at a furious pace.

The fishing industry’s overfishing drains the oceans of its biodiversity, and alarming numbers of marine species are endangered. Selective fishing, such as shark finning and tuna fishing, unscrupulous targets single species and creates unbalance in the ocean’s ecosystem. And fishing techniques like trawling kills marine life that wasn’t even intended to be caught.

Over 80 percent of the harmful contaminants in the oceans can be traced to human activities on land. Agricultural pesticides and fertilizers, and industrial waste end up in the ocean, resulting in oxygen depletion and acidification that kills marine life.

One of the greatest threats to our oceans is global warming, caused by CO2 emissions from use of fossil fuels. Global warming causes ocean temperatures to rise with enormous consequences. The marine ecosystems aren’t equipped for the higher water temperatures, even if only just a tenth of a degree warmer. Oceans also absorb large proportions of atmospheric CO2, causing acidification, which in turn affects living conditions in marine ecosystems negatively.

50
50% of the Great Barrier Reef has become extinct due to as little as about 0.1°C temperature rise of the ocean.
8
every year, more than 8 million tonnes of plastic end up in the ocean, that is one garbage truck of plastic every minute.
50
almost 50% of the oxygen we breathe comes from algae and plankton in the ocean.

On World Ocean Day 2019, The Perfect World Foundation launched The Blue Bucket, a campaign for plastic free oceans. A project with aim to engage everyone to pick up plastic and debris from our oceans, coast lines and beaches. The Blue Bucket, which is a symbol of the campaign itself – with the aim of raising awareness about the massive plastic pollution of the world’s oceans – is also a tool to be used to pick up plastic debris into. The goal is to inspire all boat owners, and everyone who spends time by the ocean, to get our Blue Bucket, and start picking up trash to form the world’s largest team of ‘Ocean Cleaners’.

What you can do…

Reduce your use of single use plastics and never throw plastic or other debris into the ocean. Find out and learn more about the importance of healthy oceans, and what the biggest threats are. Share your knowledge with friends and family – in conversations, on social media – create awareness, encourage change.

Never visit aquariums and amusement parks where dolphins, beluga or killer whales and other marine mammals are kept captive to entertain as tourist attractions.

Join our Blue Bucket campaign and invite your friends to pick up plastic and debris in the ocean and along coast lines and beaches. You can also buy our stylish and durable Save the Ocean Canvas Bag or a Save the Ocean T-shirt in our web shop, to support our ocean campaigns. As a Monthly Donor Blue you can support our work to save the oceans and all the wildlife under the surface, every month.

With us you can Volunteer Travel and get the opportunity to work with marine researchers and experience marine conservation projects around the world. 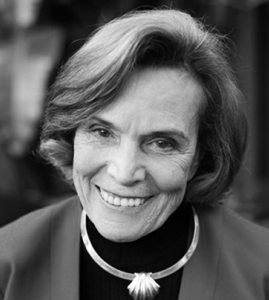 Our oceans and marine animals expert